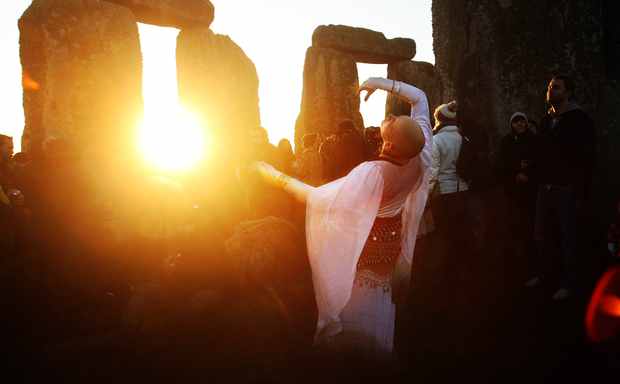 We have to thank the ancient Pagans for the custom of bringing cut evergreen trees indoors to celebrate at this time of year.  Dating back centuries, the evergreen tree was the symbol of life in the middle of the cold, dark winter when most of the plants and trees had lost their leaves.  The Pagan religion is not as well-known, funded or establishment as many of our ‘modern’ religions, but it predates all of them, at least as we recognize religions in Europe and the northern hemisphere that stretches across that continent into Russia.

Paganism is derived from the Latin paganus, meaning rustic person or country dweller.  It’s a polythestic religion, with worship of many gods and goddesses.  From ancient Greco-Roman times, paganism was indigenous in Europe, Africa, Central Asia and Australia.  Other religions, often called folk religions were recognized in China and Africa, and in modern times, neopaganism is reflected in Wicca and Neo-Druidism.  As you can see, the scope and definition, under the broad term of paganism, can be complex.  I’m not a scholar of this, and for the Winter Solstice blog, with focus on the subject of nature and how it lives on to today, reflecting Pagan rituals.

Lovers of nature and followers of the nuances of change in the world of nature, the Pagans were waiting for the lengthening of the days that comes with the Winter Solstice.  Their agrarian culture was often at the point of starvation during the long winter, except for the slaughtering of farm animals.  Greenery, light and fragrance were rare in the Winter.  When the evergreen trees were brought indoors to celebrate the Solstice, candles were placed on the branches, which is seen in our modern adaptation, electric lights.  The fragrances we associate with the season are firmly rooted in Paganism: Pagan Christmas examines these festive days—which it says “start with November 11 and end on February 2”–from an ethnobotanical angle, which is very apt. The season is one of plantly abundance: “Fir trees, mistletoe, holly, golden oranges, red apples, ripe nuts, exotic spices, straw stars, cinnamon stars, mugwort roast, witches’ houses made from gingerbread, and currant loaf (Christstollen): It’s Christmas all around!” (from an ethnobotanical book on Pagan Christmas). 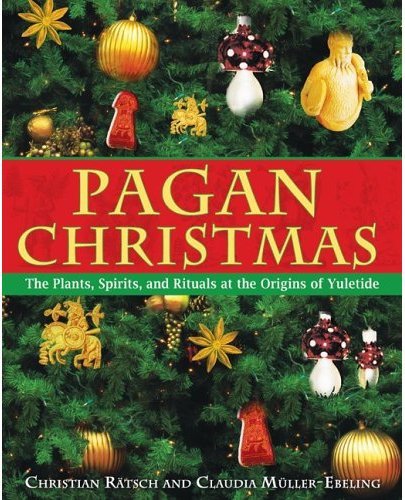 A final note on Christmas tree traditions in the Western world:  Prince Albert brought the tradition of an evergreen Christmas tree to England after his marriage to Queen Victoria.  Victoria was much-beloved and her styles and decorating aesthetics were copied by her subjects, so the use of a Christmas tree spread quickly. Thanks, Albert!

This past year I decided to have hand-poured soaps made for my company.  Well, all natural soaps are hand-poured, so let me clarify.  Instead of the square and rectangular soaps that are poured into a loaf mold, and then cut after curing, I wanted sensual, curved soaps that fit smoothly and comfortably into your hand.  Making these soaps is much more labor-intensive and expensive than the loaf soaps, because they each need to be poured individually and unmolded individually.  We went through lots of R&D, but Elise of Bellyflowers Perfume, a very talented natural soapmaker, came through for me.

For today’s giveaway, the Silk Spice soap is perfect – it’s fragranced with orange, cardamom, allspice and nutmeg, giving it a very Pagan Christmas scent (see quote from Pagan Christmas above.)  I would also like to include a fir balsam Room Candy melt. It’s absolutely gorgeous, and a limited edition for this year. The soap will be bath size 6 oz, a luxury size.  Please leave a comment about Paganism before 10 a.m. Dec. 25 and you’ll be entered in the random draw.

PS:  I will admit that many of the subjects of this blog event are relatively new to me.  I’m not an expert on Simbang Gabi, Native America, Hanukkah or Pagan rituals of this time of year, so this year is my first foray into these cultures.  I hope to cite some of the additional information that readers have added to the knowledge base in their comments. Thank you for participating!