“It’s the Right Thing to Do”! Perfumer Christi Meshell Set a Wonderful Example

I clearly remember when I first received samples of Christi Meshell’s “House of Matriarch” perfumes (insert URL).  She had submitted them to the Natural Perfumers Guild for evaluation by the Review Committee.  The masterful use of white cognac as a sparkling topnote was amazing.  The perfumes had a professional touch to them that elevated them in my eyes, and I have sniffed a lot of perfumes, so take my words as those of someone who was really, really impressed.  For example, I had been working with white cognac and hadn’t reached the success Christi had, so that is a big reason for the good memory. 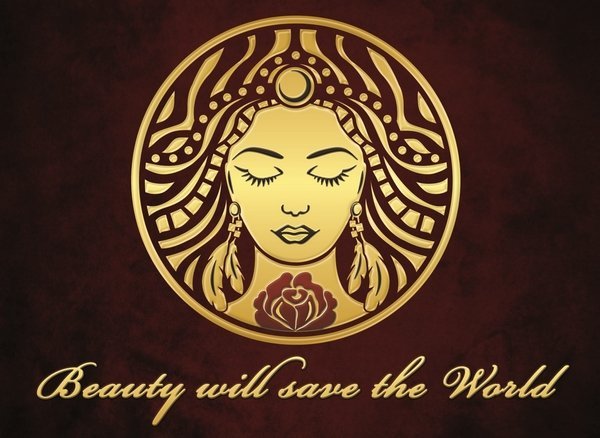 Christi’s perfumes were accepted into the Guild Scent Library, and she was awarded the title of Professional Perfumer.  Since then, Christi has been an active and progressive member of the Guild, and we have shared talks and emails about many topics.  I called her a few months ago when a store owner stated that Christi had developed a perfume for her store that contained some synthetic aromachemicals.  The Guild’s Code holds that only those members that create 100% natural perfumes can be designated as Perfumers in the Guild.
In the past, we had some issues with Professional Perfumer members who have had separate webpages with their less-than-100% natural perfumes.  The reason is that if they produced them, they they could not display the Guild logo on that page.  There was too much confusion on two fronts, however: sometimes the webpages weren’t clearly defined, and customers purchased perfumes with some synthetics in them and complained to the Guild. An equally important, perhaps more so for the future of natural perfumery, is that if the Guild is to be recognized as a self-regulating association and our Professional Perfumers allowed to call their perfumes natural when government entities (may) investigate, we need to make a clear distinction. 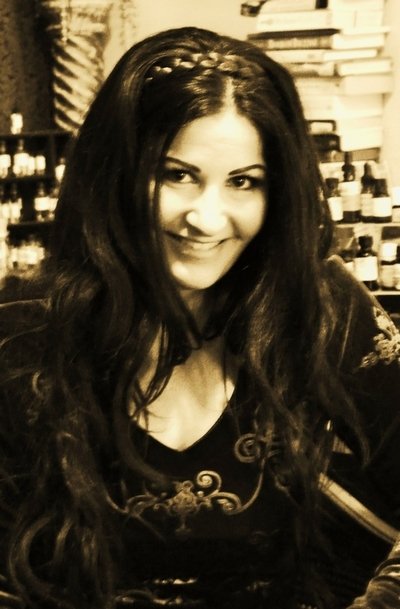 Perfumer Christi Meshell in her studio
The Guild has always welcomed perfumers who use mostly naturals to join us as Associates.  As the Guild President, I felt hesitant to suggest this to Christi, but she jumped ahead of the conversation, and said “I’ll gladly become an Associate, it’s the right thing to do!”  I truly was stunned for a moment at her incredibly high ethics and  grasp of the situation – combined with her humble and community-minded generosity.  By so graciously stepping into the role of Associate, Christi may not have realized it, but she saved me some anguish, as I was very concerned she may quit the Guild, as some others have done in similar circumstances.
To me, Christi Meshell is the epitome of an ethical, caring perfumer, and I cherish her talent, her ability to immediately see the situation and solve the problem, and her I hold her as an example of someone who “does the right thing.”  Thank you so much, Christi, I appreciate and cherish your talent and your consciousness.